LOS ANGELES — More than a decade after Apple disrupted […]

LOS ANGELES — More than a decade after Apple disrupted the music industry and Amazon upended retail, the tech heavyweights have set their sights on a new arena ripe for change: live sports.

Emboldened by their deep pockets and eager to boost viewership of their streaming-subscription services, Apple and Amazon have thrust themselves into negotiations for media rights held by the National Football League, Major League Baseball, Formula One racing and college conferences.

They are competing to replace DirecTV for the rights to N.F.L. Sunday Ticket, a package the league wants to sell for more than $2.5 billion annually, about $1 billion more than it currently costs, according to five people familiar with the process. Eager not to miss out, Google has also offered a bid from YouTube for the rights beginning in 2023, two people familiar with the offer said.

The tech companies’ interest is a thrill for sports leagues and a terror for media companies that fear competition from rivals that collect tens of billions of dollars from dominant positions in other businesses. Last year, sports accounted for 95 of the 100 most viewed programs on television.

The N.F.L. Sunday Ticket package — which shows out-of-market Sunday N.F.L. games that aren’t being shown on local television — is available because DirecTV chose not to bid. It has been losing as much as $500 million annually on the package, though it has also benefited from a reliable base of about 2 million subscribers.

Apple is considered the front-runner, according to a dozen people in the sports, media and tech industries. But a final deal has been delayed by negotiations over a concurrent sale of N.F.L. media assets, including the NFL Network, RedZone channel and NFL+, a new subscription service that provides access to live games on mobile devices.

Apple has made winning the package a priority. Tim Cook, Apple’s chief executive, has met with league officials and influential team owners like Jerry Jones, who owns the Dallas Cowboys, and the Kraft family, who own the New England Patriots, according to three people familiar with the process. Apple declined to comment.

Still, Amazon, ESPN+ and YouTube, which explored a bid for the rights in 2014, remain in the hunt, some of these people said. Brian Rolapp, the N.F.L.’s chief media and business officer, said in a statement that the league expects to finalize a deal in the coming months. “A number of companies are in strong position to potentially land Sunday Ticket, but we still have a ways to go in this process,” Mr. Rolapp added.

Some details of the negotiations have been previously reported by the SportsBusiness Journal.

Fans will still be able to access all the games on Sunday, regardless of who wins the rights, but they will probably pay a premium to add the service to their Apple, Amazon, ESPN+ or YouTube service, some of the dozen people said. It is not yet clear if that premium would be more or less than the $294 that DirecTV charges for a year, they added.

The Race to Rule Streaming TV

Apple and Amazon are trying to position themselves for a future without cable. Since 2015, traditional pay television has lost a quarter of its subscribers — about 25 million homes — as people traded cable packages for apps like Netflix and Hulu, according to MoffettNathanson, an investment firm that tracks the industry.

But the price of live sports rights is only projected to increase. The biggest media companies, including Disney, Comcast, Paramount and Fox, are expected to spend a combined $24.2 billion for rights in 2024, according to data from MoffettNathanson, nearly double what they spent a decade earlier.

The fragmenting of a decades-old distribution model has created an opportunity for Apple and Amazon. The companies want to expand deeper into media by selling subscriptions to Apple TV+ and Amazon Prime. Besides containing their own exclusive shows and sports, those services double as portals selling additional streaming offerings like Starz and HBO Max, which pay Apple and Amazon 15 percent or more of each subscription sold.

Amazon generates more than $3 billion annually from third-party subscription sales, according to estimates by the investment bank BMO Capital Markets. To make the business model work, Apple and Amazon must attract more viewers, and sports are the most powerful draw in media. The companies may be willing to lose money on Sunday Ticket to expose new customers to other parts of their business, the same calculation that DirecTV historically made.

The challenge for Apple and Amazon will be persuading somewhat skeptical sports leagues that they can produce high-quality broadcasts, flawlessly stream games for millions of concurrent viewers, and maintain sports fans accustomed to flipping between games with a remote — not navigating to a new app.

Their interest marks a departure for the streaming industry. For years, many executives agreed with Reed Hastings, the chief executive of Netflix, who said that his company was not interested in sports or news because it was watched just once, live, and never watched again.

But many streaming companies are reconsidering as competition for subscribers intensifies, stock prices have tumbled and profitability — for many — remains out of reach.

Their newfound interest in sports was on display last Monday during M.L.B.’s Home Run Derby at Dodger Stadium in Los Angeles where executives from Apple, Amazon, Google and Facebook socialized with sports leaders, crashing a party historically monopolized by the television industry.

Tech’s dominance of live sports is not a foregone conclusion. Many of the most sought after rights are under contract to broadcasters for a decade or more. Leagues have favored selling tertiary packages to streamers, wary of entrusting them with marquee properties like “Sunday Night Football” because traditional television still offers the biggest audiences.

Reaching large audiences is crucial for leagues, which look to court the broadest possible fan base to ensure the long-term viability of their sports.

“The death knell of the cable bundle is largely exaggerated,” said Gerry Cardinale, the founder and managing partner of Redbird Capital, which has made many sports-media investments. “It’s the best place to get a one-stop-shop offering of as many sports as are available.”

Apple started its $4.99 streaming service, Apple TV+, in 2019 and has an estimated 16.3 million paid subscribers in the United States, according to Antenna, an analytics firm for video on-demand services. Amazon claims more than 200 million subscribers to Amazon Prime, which began in 2006 as primarily a faster shipping service and later added on-demand movies. Today, some customers pay $8.99 a month for access to Prime Video only.

The tech companies have been willing to pay a premium to add sports to their services. Over the past year, Apple agreed to more than double Major League Soccer’s annual rights payments with a 10-year, $2.5 billion deal for the global rights to 1,000 games. It also committed about $85 million annually for a new package of two weekly Friday night M.L.B. games.

Amazon agreed to pay $1 billion a year for Thursday night N.F.L. games, a 50 percent increase from the previous deal with Fox. It also bid more than $100 million a year for rights to Formula One racing in the United States in a negotiation it lost to ESPN, which renewed the rights for $75 million, a 15-fold increase from the prior contract, according to SportsBusiness Journal.

For all their disruptive potential, though, Apple and Amazon have yet to win a marquee rights package in the United States. That is reminiscent of 20 years ago, when sports leagues feared they would lose viewers by shifting games from network television to cable. But the change gradually became standard.

Traditional television companies are trying to stave off Apple and Amazon by starting their own streaming-subscription services. Last year Comcast, which owns NBCUniversal, shuttered NBC Sports Network to bolster its USA channel and to encourage people to pay for Peacock, where it exclusively aired some English Premier League soccer games. Similarly, ESPN struck a deal with the National Hockey League to televise some games on its ESPN+ service, and CBS has shown marquee soccer games on Paramount+.

But those services have a fraction of the more than 100 million cable subscribers the media companies once reached. As a result, the bulk of sports programming goes on traditional pay-TV channels where they can guarantee leagues and advertisers larger audiences.

The National Basketball Association will be the first major test of the new competitive landscape. Its agreements with ESPN and Turner run through the 2024-25 season. Most sports and media executives predict that the league will stick with traditional broadcasters for most of its games, while carving out some small portion of rights for a tech company.

“It hedges them for the future and exposes the product to new audiences,” said George Pyne, founder of the sports private equity firm, Bruin Capital, and the former chief operating officer of NASCAR. “They can still have a long-term relationship with network partners but dip their toe in with new media.”

Until then, the best opportunities for Apple and Amazon may be overseas — where Amazon has been active for years — because European soccer leagues resell their rights every two to three years. Amazon recently scooped up rights to Europe’s top tournament, the UEFA Champions League, in Britain, Germany and Italy. It also has rights to France’s Ligue 1, which it offers to Prime Video subscribers for annual fee of about $90, and the English Premier League.

Media companies will be pressured to expand geographically to compete, said Daniel Cohen, who leads global media rights consulting for Octagon, a sports agency. Television broadcasters could also team up to pool their financial firepower, or buy each other outright, to compete with tech giants willing to pay billions for rights like N.F.L. Sunday Ticket.

“It comes down to a Silicon Valley ego thing,” Mr. Cohen said of the high-dollar N.F.L. deal. “I don’t see a road to profitability. I see a road to victory.”

Sun Jul 24 , 2022
A celebration isn’t complete without champagne. To celebrate its first […] 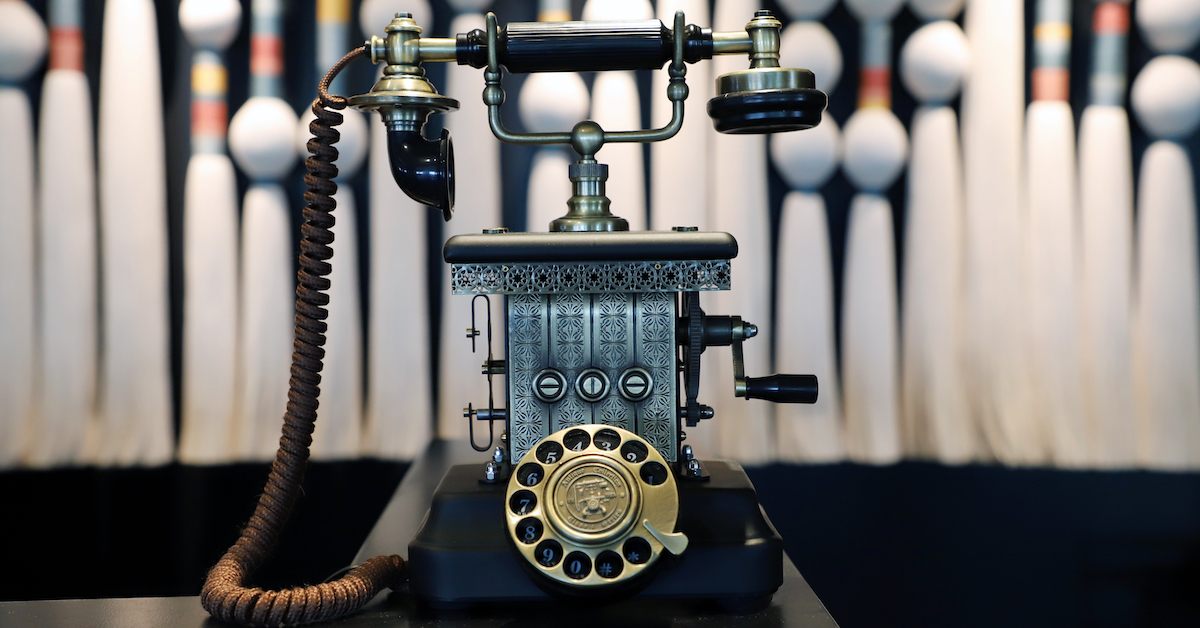