In the wake of the destructive 2011 Japanese tsunami, Marina […]

In the wake of the destructive 2011 Japanese tsunami, Marina Perez-Wong was painting a mural in San Francisco of koi swimming in turbulent waters. As she was packing up for the day she noticed a woman kneeling in front of the art.

“I thought she was graffitiing on my wall, and I was really upset, because it was supposed to be a healing mural,” she recalls. “Then I looked at her face and realized she was crying. She left something in front of it – she was Japanese, and I could tell it resonated with her on a different vibrancy than other people. That’s something that will always affect me.”

Such is the power of good mural art. And the Bay Area has tons, thanks to a thriving and barrier-crushing muralist community that encompasses generations. On any given day, rest assured brushes and spray cans are being swept over walls – in San Francisco, Oakland, San Jose and far beyond.

How does one get sucked into this field? For Perez-Wong, who along with partner Elaine Chu runs the Twin Walls Mural Company, it traces to a daunting childhood.

“I had a rare cancer as a kid and spent the first five years of my life mostly in the hospital,” where the walls were sterile white or gray, she says. “But then I would come home to the Mission, and there was all this color and vibrancy. The murals that resonated most for me were the ones told by women, especially Chicana women or stories from people from Latin America.” (She’s still fighting cancer; support her GoFundMe here.)

The Mission, it turns out, played a pivotal role in the development of modern murals. New Deal-era murals once tended to dominate in the city; they were often located inside buildings and depicted historical scenes that ignored society’s complexities. (One in Coit Tower celebrated that thing California is most famous for, an all-white agricultural workforce.)

“People could see them while waiting in line to pay a traffic ticket or get a sentence or whatever,” says Tim Drescher, a mural historian in Berkeley. “The difference happened with the late ’60s. It was a product of the politicization of our lives. And people suddenly realized they could be painting outside, so they started painting outside.”

Artists in the Mission – many of them Latinos continuing traditions they’d seen in their homelands – led the charge with “community murals” that grappled with politics and identity. One influential group in the 1970s was Las Mujeres Muralistas, composed of local women fed up with sexism in the mural community.

“At that time, it wasn’t something women did – they didn’t go outdoors and paint murals,” says Drescher. “It was forbidden on all kinds of levels, not the least of which was the families. These women were very gutsy to go out and paint in spite of what their parents were telling them not to do.”

Perez-Wong and Chu were mentored by an artist who collaborated with Las Mujeres Muralistas – Susan Cervantes of San Francisco’s Precita Eyes organization – and credit their motivation to her and other women in their lives.

“In a lot of our murals, we have this theme of bad-ass women and nonbinary people,” says Perez-Wong. “We can’t help it, because we’ve got to give voices to those who came before us and paved the way but also to the future generation.”

In San Jose, you’ll find a large mural celebrating another powerful woman, the late Supreme Court Justice Ruth Bader Ginsburg, located on the side of a high-rise by artist and Stanford biomedical engineer Chuba Oyolu.

“We wanted something that everyone could look up to in San Jose as a beacon of hope,” he says. “We started kicking around figures like Einstein and the Bay Area’s own Steve Jobs. But RGB did so much and is really an inspirational figure, and I don’t think there are many murals of inspirational female figures around the world, so I wanted to give her a big shout-out.”

Oyolu took a month using modern methods to apply the mural. But he was drawn to the craft by someone with no such wizardry: Michelangelo. “I’m just really struck by how he managed to do these spectacular works of art all those years ago, when there were no cranes, no electricity and none of the creature comforts we have today.”

One of the most significant moments for murals came as recently as 2020, after the police murder of George Floyd. Tens of thousands of murals were painted for Black Lives Matters throughout the world, with prominent ones appearing across Oakland. (You’ll find them featured in a new book from Nomadic Press, “Painting the Streets: Oakland Uprising in the Time of Rebellion.”)

“I remember being downtown the first night the riots started and then driving through the next day and seeing people starting to paint,” says Rachel Wolfe-Goldsmith, creative director at the Bay Area Mural Program. “I think we were just processing so much pain collectively that, as artists, that’s how we express ourselves and get our voice out there.”

Art literally popped up on the streets of downtown Oakland with an immense Black Lives Matter road painting on 15th Street. Despite being sanctioned, that one got attention from the authorities, Wolfe-Goldsmith says.

“Police came in an unmarked van and stole all of their paint and drove off with it toward the police station.” The mural’s organizers followed them to complain. “They brushed it off like they weren’t doing anything, and gave the paint back.”

There was an explosion of fresh paintings on plywood that businesses had hastily erected over their windows and doors to thwart property damage. “The plywood was ugly, and paintings were better than that,” Wolfe-Goldsmith says. “So it seemed like a no-brainer.”

DeVante Brooks is a West Oakland artist who collaborates with AeroSoul, an international collective with ties to the Black Panther Party. During that contentious summer, he helped paint a mural at the Oakland Greyhound station with a quote from Huey P. Newton and Bobby Seale’s 10-point program: “We want an immediate end to police brutality and murder of Black people.”

“Around that time, it was a lot of personal growth for me to take this leap into being a full-time artist,” Brooks says. “The work speaks to bigger issues like homelessness and police brutality, but also spoke to me on a personal level about potential and being able to produce with a message beyond something that’s just aesthetically pleasing.”

For her part, Wolfe-Goldsmith completed a mural on the side of Oakland’s Tribune Tower of a woman performing traditional African dance moves.

“For me, being of mixed-race and Black heritage, anybody during that time was going through so much s— with the pandemic and then doubly with everything else, it was a space to declare joy and passion,” she says. “It became this energetic hub for people to stop by and take a break from all the madness that was going on.”

It’s the nature of the art that these murals will all eventually disappear – painted over, demolished, eaten away by the weather. Still with luck, they inspired people during their moment in the public eye.

“Sometimes it feels futile to be up on a ladder with your brush, thinking, Am I really doing anything?” says Wolfe-Goldsmith. “But you see people walk by and literally start screaming out of excitement and validation for seeing a story told or seeing their auntie or the history of the Black Panther Party. You realize it really does matter, and it really does affect the collective consciousness of our spaces.” 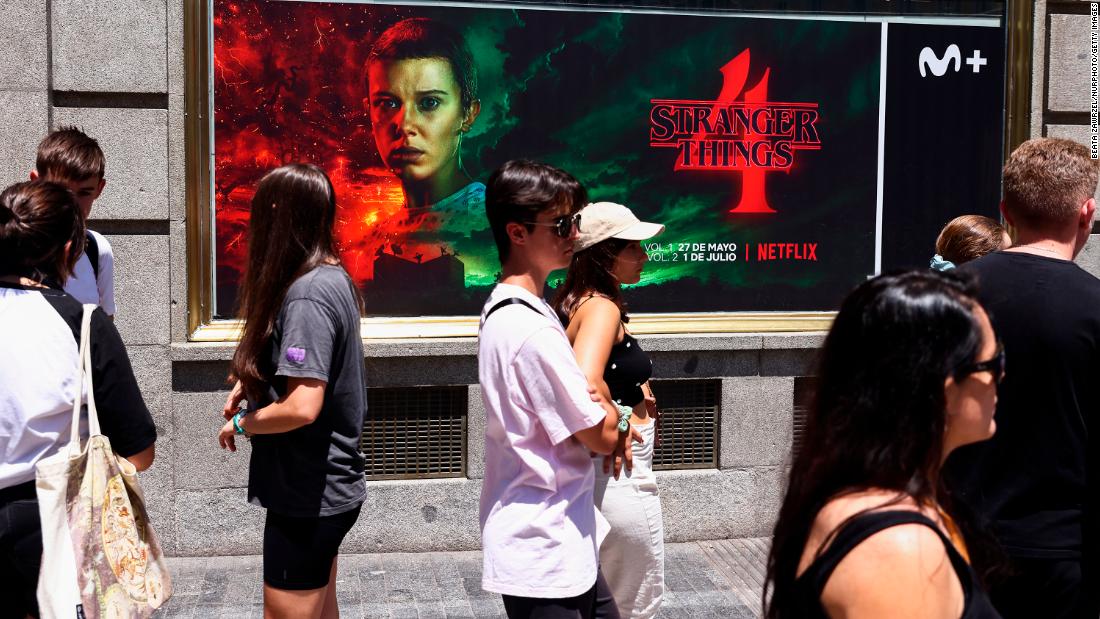