TOURISTS WALK through Downtown Newport in summer. Courtesy of Discover […]

PROVIDENCE – Tourism in Rhode Island is living up to previous year’s projections when it comes to recovery, but not without challenges, especially in the state’s capital.

With ‘revenge travel’ in full swing, a term coined in 2021 to describe travelers who are making up for time lost during the height of the COVID-19, plus record high inflation, the national hospitality industry is under pressure.

A recent survey by the American Hotel & Lodging Association [AHLA] showed that 97% of respondents reported issues with staffing shortages and hiring.

“In Providence, we are finally seeing improvements from previous years, when hotel occupancy was below 70% of normal rates,” said Sarah Bratko, Sr. vice president of Advocacy and General Counsel at R.I. Hospitality Association. “This June we saw occupancy at 66%, which isn’t where we were pre-pandemic, but it’s a major improvement.”

In the southern part of the state, staffing shortages which began after the COVID-19 lockdown have been perpetuated by the lack of affordable housing and the uptick in gas prices.

Evan Smith, CEO and president of Discover Newport, said that hotels and resorts are offering more attractive incentives, such as RIPTA bus passes and sign on bonuses.

“Hoteliers have had to get creative, and some are even purchasing property to house their workers,” he said.

At The Break Hotel in Narragansett, staffing shortages have forced General Manager Kim Baruti to step in fill other roles from housekeeping to kitchen work.

“We have struggled to find staff, especially for our kitchen,” Baruti said. “We had to cut back on opening hours and we have another dining room that’s still closed.”

The Break Hotel has tried to attract staff by offering higher wages and has expanded their search to larger networks, such as Johnson & Wales University.

“We get a lot of applicants, but then many of them don’t even show up to the interview,” she said, acknowledging that people who were previously willing to commute are deterred by current gas prices.

However, both Baruti and Smith were pleased that occupancy rates have improved or stayed the same since the previous year. While The Break Hotel only offers 16 rooms, Baruti said that they are at 90 to 100% occupancy during peak season. The occupancy rate at Discover Newport has steadily increased since April and is currently at 48.9% compared to 46% last year.

Smith is optimistic things can only get better, especially with the upcoming Newport Folk Festival and the recent International Tennis Hall of Fame tournament combined with the nice summer weather.

“I’ve found that people tend to be drawn to this environment, because it’s beautiful and it’s lively. Newport is known for being both those things,” he said.

Just a ferry ride away, seasonal tourism on Block Island also has made a steady comeback. “We’re not really dealing with staff shortages, if anything it’s probably better than recent years, now that we’re able to get more of the J1 Visas,” explained Jessica Willi, executive director at Block Island Tourism Council.

Steven Filippi, owner of Ballard’s Hotel on Block Island, said that the number of visitors is still lower than usual but is happy its been a seamless season so far.

“We started putting out ads around October and offering added incentives such as sign on bonuses and above average pay,” he said.

Bratko acknowledged that Newport, South County and Block Island have regained business much faster than Providence.

“It’s almost like it’s two different states when it comes to tracking the recovery,” she said. “Not only did Providence face staffing issues, but it also just didn’t have the business as quickly as other parts of the state.”

Now that overall restrictions have been mostly lifted, Rhode Island has seen the return of corporate and events-based travel, which bolsters the hospitality industry throughout the state, especially in Providence.

“Tourism in the Providence and Warwick area relies heavily on meetings, conventions, and sporting events, which are typically booked 18 months to five years ahead of time. This gives hotels enough time to staff up appropriately,” said Kristen Adamo, president and CEO of the Providence Warwick Convention & Visitors Bureau said.

Want to share this story? Click Here to purchase a link that allows anyone to read it on any device whether or not they are a subscriber.

The fascinating history of Bay Area murals, from the 1960s to Black Lives Matter 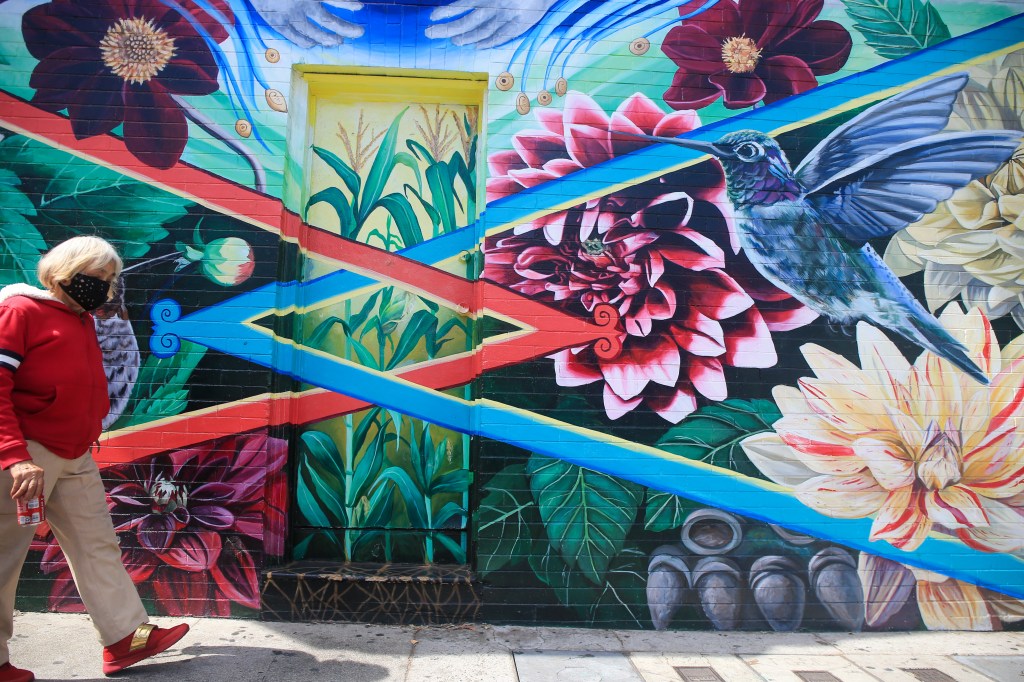