The days of the bedroom fitting room are numbered. Online […]

The days of the bedroom fitting room are numbered. Online retail giant Boohoo has become the latest in a string of retailers, including Next, Uniqlo, and Zara, to start charging shoppers for returns. Starting earlier this month, its customers face a £1.99 fee for each return, deducted from their refund. It’s all in the name of tackling the increased costs of shipping, the fast-fashion behemoth says.

Bargain shoppers aren’t very pleased about the news. One person on Twitter declared “the fun is actually over”, summing up the mood. Others lamented the fact that, as with many fast-fashion outlets, the sizing is so erratic they can’t confidently buy just one size per order. Brands such as Zara have brick-and-mortar stores that customers can pop into to try before they buy, but when an online outlet has some problems with inconsistent sizing, customers may feel as if they’re being punished for it.

By offering free returns in the first place, companies such as Boohoo helped shift consumers away from stores altogether, and created entirely new behaviour around shopping. YouTube, Instagram, and TikTok are bursting with try-on hauls where viewers are asked to comment on whether the buyer should keep or return the piles upon piles of items they’ve bought online. It’s a genre all of its own, fuelled by free returns. A 2018 study found that 9% of UK consumers order clothes to post on social media, only to return them straight after. Almost one in five 35– to 44-year-olds admit to doing it, and men, apparently, do it more than women.

It’s incredibly cheeky behaviour, but there’s also another glaring issue with the practice: returns have a terrible impact on the environment. When clothes are returned, they’re likely to be thrown away rather than resold. In the US, 2.6m tonnes of returned goods end up in landfill every year, generating 15m tonnes of carbon dioxide emissions annually.

Processing returns is time-consuming and costly. Buttons need to be rebuttoned, cardboard inserts need to be put back in, labels need to be reattached, products need refolding and rebagging, and then they must be put back into stock on the system. It’s a complex process and sometimes the cheapest and easiest solution is simply cutting the loss and sending the whole lot to landfill. It’s a hideous waste of resources, not to mention an insult to the skilled people who put their time into making each product, but it’s the reality of modern fashion, and retail in general.

When clothes don’t become rubbish, there’s still the impact of the extra shipping to consider, as well as the packaging waste. About 180bn plastic poly bags are produced every year to store, protect and transport clothes and footwear, and less than 15% of them are collected for recycling. Everyone knows it’s near-impossible to open one without tearing a huge hole in it, so every return requires yet another new bag.

The impact of returns is a fairly well-kept secret, likely to keep people shopping guilt-free. But even if it was widely known, it wouldn’t guarantee people would stop treating returns so flippantly. After all, other environmental and human impacts of fast fashion are out there for all to see and yet the sector continues to thrive. Cost and convenience trump sustainability more often than not when it comes to purchasing decisions, so sometimes it takes a radical move on behalf of the brand, or government, to change behaviour.

We know this approach can work. Between 2015 (when the 5p plastic bag charge was introduced) and 2020, plastic carrier bag take-up dropped by more than 95% in England’s main supermarkets. It turns out we just didn’t want to pay for something that we already had a cupboard full of at home.

While the move is financially, rather than environmentally, motivated, charging for returns could well have the same effect. Without free returns on the table, shoppers may think twice about buying 10 items when they know they’ll only keep five (sometimes referred to as “bracketing”) or buying clothes purely for social media content. With the threat of a charge looming, the clothes in our wardrobes might start to look a little more appealing.

We could also see retailers putting more effort into sizing, with virtual AR try-ons, better size guides, more representative models, and improved, consistent fits. Knowing your size will always be the same could stop the need to buy two or even three of one item, a win for shoppers and the environment.

After years of free returns, charges will be frustrating, but if they lead to less waste and better fits, they’ll be worth every penny.

The CIA chief says Putin is 'entirely too healthy.' What do we really know about his condition? 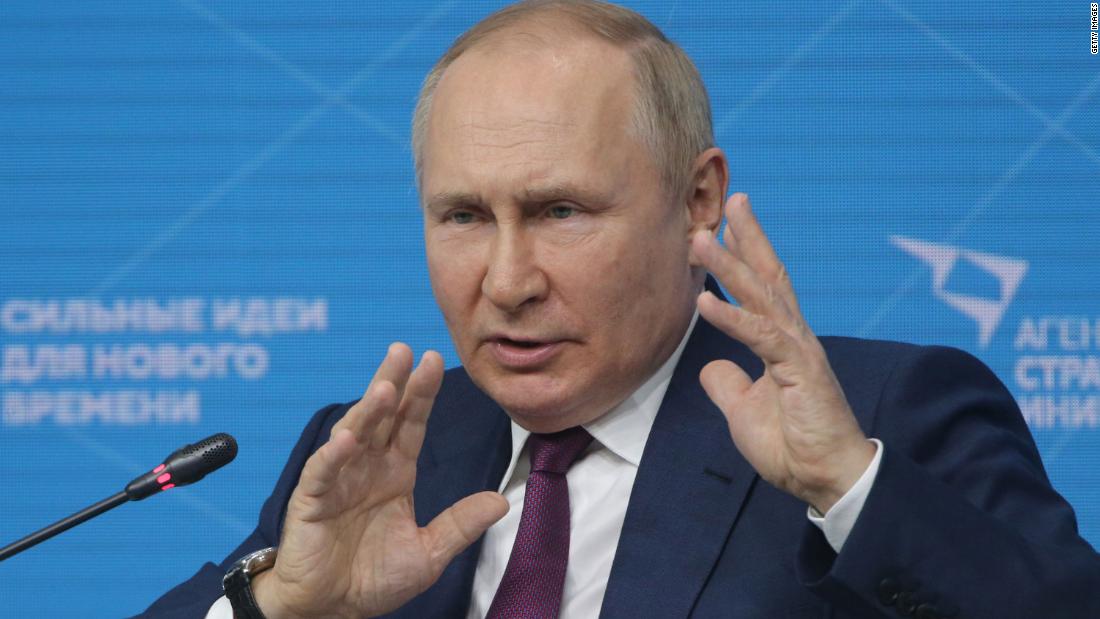