The new omicron subvariant, known as XBB.1.5, is spreading like […]

The new omicron subvariant, known as XBB.1.5, is spreading like wildfire across the U.S.

So, what are some of the unique features of the strain that is now gripping swaths of the country?

THE NEW OMICRON SUBVARIANT XBB.1.5: WHAT YOU MUST KNOW NOW

First, this subvariant is immuno-evasive. It’s not as susceptible to natural immunity or vaccines — and it is very contagious, health professionals say.

XBB.1.5 is more contagious, said Dr. Siegel, who is also a professor of medicine at NYU Langone Medical Center in New York City.

It’s more contagious due to its ability to grip tightly onto a host, he explained.

“The spike proteins are like suction cups,” he said.

“Viruses always want to be more and more transmissible and infect more hosts.”

“So, the more it can get a grip … the more easily it transmits from cell to cell,” he added.

CDC: FLU SEASON STARTING TO WANE AFTER BRUTAL START, INCLUDING AT LEAST 12,000 DEATHS

Both XBB subvariants are “highly contagious,” Siegel added, since each omicron variant is “out-competing its predecessor.”

Dr. Shad Fani Marvasti, associate professor and director of public health and prevention at the University of Arizona College of Medicine – Phoenix, told Fox News Digital that each new strain develops with the intention of overshadowing those that went before it.

“Viruses always want to be more and more transmissible and infect more hosts,” he said.

In some cases, there’s a “trade-off” between mutations, in which some may become more transmissible but less virulent in terms of the health impact, Marvasti also said.

This is the hope for omicron and its developing variants, such as the “sticky” XBB, he noted.

‘GREAT CONCERN’: INVASIVE GROUP A STREP CASES SPIKING IN SOME PARTS OF US — CDC IS INVESTIGATING

He said he hopes that “we start seeing [the variants becoming] less severe,” he said.

“And that can be both a function of the evolution of the virus … and also the fact that more people have been exposed to the virus through either vaccination boosters or previous infections,” he said.

A nurse administers a pediatric dose of the COVID-19 vaccine to a young girl. Dr. Marc Siegel noted that since fewer hospitalizations are occurring with current COVID subvariants, they are actually less severe, though health professionals are not sure why this is.
(ROBYN BECK/AFP via Getty Images)

Dr. Siegel added that so far there’s “no evidence” that XBB is more virulent.

“If it’s spreading like wildfire and it’s not killing more people, that means it’s less virulent,” he said. “But we don’t know the reason for that.”

“It’s definitely the majority of cases in the Northeast, and we expect that to be for the whole country.”

Currently, XBB.1.5 accounts for almost 41% of confirmed COVID-19 cases across the country, according to data from the Centers for Disease Control and Prevention (CDC).

The XBB mutation has picked up speed, jumping from just 21% of COVID-19 cases on Christmas Eve, the CDC noted.

Merline Jimenez, left, administers a COVID-19 nasopharyngeal swab to a person at a testing site in the international terminal at Los Angeles International Airport (LAX) in December. The XBB subvariant will likely spread across the nation, Dr. Shad Marvasti said.
(Mario Tama/Getty Images)

Even though XBB numbers are currently lower in western parts of the country, Dr. Marvasti of Arizona stressed there’s no doubt the subvariant will catch on just about everywhere else.

“It’s going to increase in the coming weeks no matter what level it’s at right now.”

“It’s definitely the majority of cases in the Northeast, and we expect that to be for the whole country,” he said.

“In Arizona, my expectation is that it’s going to climb pretty quickly, especially since we have a lot of winter visitors here this time of year, and we’re going to have more folks with the Phoenix Open and the Super Bowl,” he also said. (The Phoenix Open golf tournament takes place Feb. 6-12, 2023; the Super Bowl is Feb. 12, 2023.)

People are shown passing a COVID-19 testing site along a Manhattan street on Jan. 21, 2022 in New York City. Omincron variants are known for attacking the upper respiratory tract – the nose and sinuses – instead of the lungs, said Dr. Marvasti.
(Spencer Platt/Getty Images)

“It’s going to increase in the coming weeks no matter what level it’s at right now,” he added.

Although it’s still too soon to tell how the new strain will impact hospitalization and death rates, neither Siegel nor Marvasti is expecting a steep increase.

BELGIUM TO TEST WASTEWATER ON FLIGHTS ARRIVING FROM CHINA FOR COVID

Marvasti noted that hospitalizations have been less of an issue since omicron’s appearance.

Keeping up with vaccinations is important, yet Dr. Siegel said the constantly emerging variants question the efficacy of current vaccines on the market.

“Which is one of the reasons why you see less people on ventilators,” he explained.

Both experts stressed that even though symptoms may be less severe, people who are at high risk or immunocompromised should continue taking appropriate steps toward prevention, including wearing masks and getting vaccinated.

“There are a lot of things you can do to help boost immunity and improve your ability to fight off infections, including COVID.”

While keeping up with vaccinations is important, Siegel said, he added that these constantly emerging variants question the efficacy of current vaccines on the market.

The XBB’s immuno-evasive properties are “bothering” health experts the most, he noted.

At a recent news briefing, Harvard Medical School assistant professor of medicine Kathryn Stephenson said that even though the original COVID vaccines may have lost some of their punch against new variants, they’re still holding up well against severe illness and death.

Jordane Domain gets a COVID-19 test done by a health care worker on Jan. 13, 2022 in North Miami, Florida. Dr. Siegel noted that more research and better funding are required for COVID prevention, which might include inhaled vaccines in the future.
(Joe Raedle/Getty Images)

One possible solution could be incorporating Omicron-updated boosters to further enhance protection, she said.

This would require more research and funding into “better” vaccines such as inhaled vaccinations, said Dr. Siegel.

“My philosophy toward protection from this virus is the more immunity you have, the better,” he said.

In an effort for everyone to stay healthy, Dr. Marvasti encouraged practicing other ways to boost immunity, including getting enough sleep, managing stress, reducing inflammation, eating healthier, taking probiotics, staying hydrated and exercising.

“People should recognize that there are a lot of things you can do to help boost immunity and improve your ability to fight off infections including COVID,” he said.

Those who’ve come down with either XBB subvariant can continue treating it as they would any other coronavirus case.

Siegel also recommended the prescription medication Paxlovid as a treatment in some cases, under the guidance of a doctor.

Angelica Stabile is a lifestyle writer for Fox News Digital. 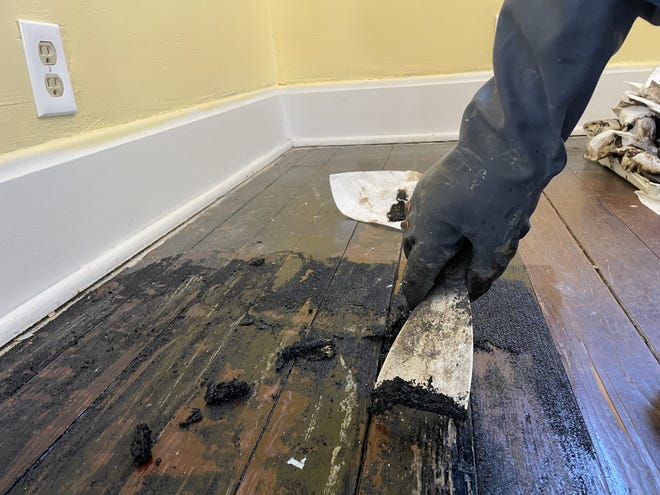