Federal authorities filed criminal and civil charges against a former […] 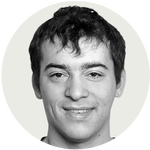 Federal authorities filed criminal and civil charges against a former Coinbase employee and two other men in an insider trading case involving confidential information about cryptocurrency assets that were about to be posted on Coinbase’s exchange, according to charging documents filed on Thursday.

The three men were involved in trades over 10 months using information about 14 listings on Coinbase that generated about $1.5 million in illegal profits, according to federal prosecutors in Manhattan. The men were charged criminally with three counts of wire fraud and conspiracy to commit wire fraud.

The case is the first time the authorities have filed criminal insider-trading charges involving cryptocurrency assets, said Damian Williams, the U.S. attorney for the Southern District of New York.

The prosecutors, as well as the Securities and Exchange Commission in civil charging documents, said Ishan Wahi, who at the time was part of a Coinbase team that listed assets on the exchange, passed on confidential information about when some cryptocurrency assets would be listed to his brother, Nikhil Wahi, and his brother’s friend Sammer Ramani.

Nikhil Wahi and Mr. Ramani used that information to buy the assets before Coinbase announced they’d be listed, the authorities said. After the announcement, the men sold the assets for a profit.

The alleged scheme came to light after Coinbase began an internal investigation in April in response to a post on Twitter about unusual trading.

Lawyers for Ishan Wahi said their client “is innocent of all wrongdoing and intends to defend himself vigorously against these charges.” A lawyer for his brother did not immediately respond to a request for comment. Mr. Ramani couldn’t immediately be reached for comment. The S.E.C. said that Mr. Ramani is a Houston resident but that it believed he was in India.

The charges suggest that federal authorities are prepared to crack down on illicit trading in the world of digital assets in much the same way they have pursued such crimes in the stock, bond and commodity markets.

“Our message with these charges is clear: Fraud is fraud is fraud, whether it occurs on the blockchain or on Wall Street,” Mr. Williams, the U.S. attorney, said.

The S.E.C. said the cryptocurrency assets listed on Coinbase’s exchange are considered securities and, therefore, can be regulated like stocks or bonds — a stance that many in the digital currency world have objected to.

Last month, federal prosecutors brought an insider trading case involving the use of confidential information to purchase another kind of digital assets, nonfungible tokens, or NFTs. In that case, the authorities charged a former employee of an NFT marketplace with misappropriating confidential information about the timing of public listings for the digital tokens.

The two cases “are just the beginning of the D.O.J.’s crackdown on insider trading in the crypto space,” said Ian McGinley, a former Justice Department prosecutor. “Both of these cases are for relatively small amounts, but D.O.J. brought them to send a message: They are watching.”

In a post on Coinbase’s website, the company’s chief executive, Brian Armstrong, said Coinbase had turned over information about the three men to the Justice Department and had ended Mr. Wahi’s employment. “We have zero tolerance for this kind of misconduct and will not hesitate to take action against any employee when we find wrongdoing,” he wrote.

In an interview, Paul Grewal, Coinbase’s chief legal officer, said the company had a team of 50 investigators, including former federal prosecutors, who monitored suspicious activity on the platform. “These signals that we’re looking for are extremely faint in a very loud, complicated system,” he said.

The impetus for the investigation into Mr. Wahi was a tweet from an account under the name Cobie that used public transaction records to identify the suspicious trading.

When the charges were filed on Thursday, the account — which is reportedly run by the crypto influencer Jordan Fish — struck a modest tone.

“Confusing that people actually read tweets from this twitter account in the real world and then do stuff about them,” Cobie wrote.

Past the parcel: how the end of free returns will change the way we shop | Sophie Benson