GREENSBORO — Duane Cyrus has spent much of his nearly […]

GREENSBORO — Duane Cyrus has spent much of his nearly 40-year career as a dancer and dance teacher.

Now, he will bid farewell to the city where he spent the last 17 years, creating and teaching as a dance professor at UNCG.

Cyrus is headed to Arizona, to direct the School of Dance at the University of Arizona in Tucson. With 160 students, it’s a little larger than UNCG’s program.

Before he leaves, Cyrus will use his performing and visual artistic talents in a four-night, multi-disciplinary performance art installation and community discussion, as a type of living autobiography.

He calls it “Time: Liminal.”

It’s the focus of his two-week residency at Stephen D. Hyers Theatre, the 88-seat venue in the downtown Greensboro Cultural Center at 200 N. Davie St.

“I wanted to share what feels to me like a love letter to Greensboro and North Carolina, for some amazing experiences, incredible growth and lasting relationships,” Cyrus said.

He also wants to show his appreciation for UNCG, where he learned and grew while teaching and mentoring others.

“I would appreciate the grace of the audience to realize that at 56, I shouldn’t be rolling on the floor,” Cyrus said.

He will show past photos and videos from his dancing career, as well as his own visual art and that of others. Cyrus will perform as a type of theatrical docent using his movement, vocal and acting ability.

Through that, he will examine issues of age, race and gender as he has observed them.

“It’s about understanding our position in the present moment, our connection to history and how we can have an impact in the future — as that relates to performing arts,” Cyrus said.

The free sessions will allow the public to experience and learn more about how artists and scholars make work and contribute to society and the legacies that they create and leave behind.

“My hope is to share some of the things that maybe the audience in Greensboro hasn’t seen me regularly do,” Cyrus said.

Many likely have seen his dancing talent.

Now 56, he danced in the original London cast of “The Lion King” in 1999 and 2000, toured with the musical “Carousel” and performed with the famed Alvin Ailey American Dance Theatre and Martha Graham Dance Company.

He has taught and choreographed in the U.S. and abroad.

He has produced and curated film and photography since he co-authored the 1999 book, “Vital Grace: The Black Male Dancer.”

He arrived at UNCG’s dance department in 2005 with a bachelor’s degree from The Juilliard School and with a newly-acquired master’s degree from University of Illinois Urbana-Champaign.

Recently, in addition to his professorial role, he has directed Theatre of Movement, a performing and visual art collective that explores Black American and Afro-Caribbean identities in its works.

Among his honors are the 2021 Jan Van Dyke Legacy Award from the N.C. Dance Festival.

Although age now prevents him from performing certain dance moves, “I’m continuing to find ways to be present as a performer,” Cyrus said.

Cyrus is one of 10 artists chosen for this year’s residency at the Hyers.

Creative Greensboro, the city’s office of arts and culture, runs the program. It provides residencies of up to six weeks for dance, theater, music, film and poetry projects led by Guilford County-based creative individuals and organizations.

The artists receive rent-free access for rehearsals and performances and are also are offered support with materials, equipment and the marketing of residency activities.

Cyrus already had been awarded the residency before the job offer arrived from the University of Arizona.

He shortened his residency from four weeks to two.

But he didn’t change his residency theme. He had thought about it for years.

“Dance is ephemeral,” he said. “The art itself is fleeting. After years of performing, I kept asking the question, ‘Where is the evidence of what I have done?’”

Although a few dancers such as Mikhail Baryshnikov and Misty Copeland receive attention, tens of thousands of dancers don’t, Cyrus said.

As he reflects on his own life in dance, he wants to give more recognition to dancers in general.

“What we celebrate in dance is not the dancer,” he added. “We celebrate the choreographer, the controller of movement … I wish for our culture to celebrate dancers more.”

“Time: Liminal” will be divided into four sessions, about 90 minutes each.

They will follow the format of his previous “Evening With the Creative Class” sessions. In those, artists in dance, theater, music, visual arts and spoken word talked about their process and shared examples of their work.

The audience will have time to look at the displays. Presentations or performances will follow, then discussions and engagement.

Each night, he will pose a question about the process of making work, of recognizing legacy, of using voice.

He has a goal for “Time: Liminal.” “I want to see this work in a museum, a gallery — the performance and the visual art,” Cyrus said.

Although “Time: Liminal” is a one-man show, fellow artists have helped.

Actress Cassandra Lowe Williams serves as dramaturg, an expert in the study of plays, musicals or operas.

Billy James Hawkains III, who studied with Cyrus at UNCG, serves as choreographer.

Mandy Moore of Moore Media Works and Jurne Smith work with Cyrus on administration. Smith also will perform Aug. 5 with The Resistance Project, a collective of African American women artists.

Steven Cozart will create an art exhibition from his sketches of Cyrus’ work. Hassan Pitts will provide video. Others featured will be film artist Robbin Ka and photographer Devin Newkirk.

Cyrus plans to maintain his contacts in Greensboro. He will retain his house here.

Theatre of Movement will remain a North Carolina collective. Its art education program will be offered in the fall through Guilford County Schools. Cyrus will stay on its executive team but not solely responsible.

Cyrus sees his work-in-progress as a bridge.

“This residency is a point in the development of the work,” he said. “So it gives me something to carry forward into Arizona.

“It’s allowing me to reflect on what has been, before I head into what will be,” he said.

Receive the latest in local entertainment news in your inbox weekly!

Boeing reports larger than expected loss, but it still counts as good news 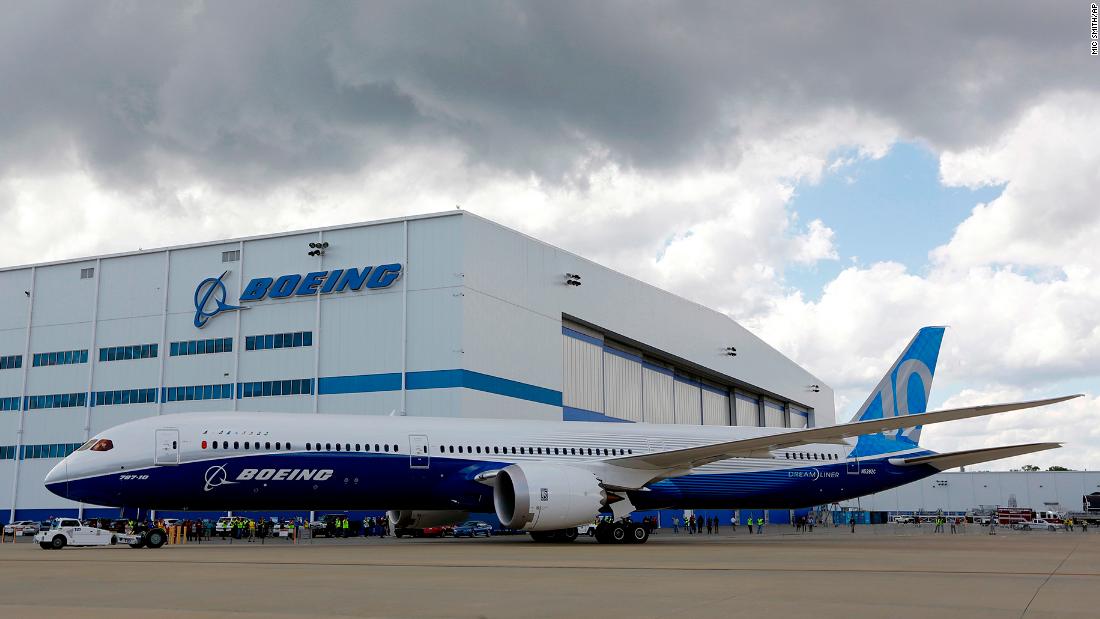