The Biden administration canceled one of the most high-profile oil and gas lease sales pending before the Department of the Interior Wednesday, as Americans face record-high prices at the pump, according to AAA.

The DOI halted the potential to drill for oil in over 1 million acres in Alaska’s Cook Inlet, along with two lease sales in the Gulf of Mexico. The move comes as Biden has taken a few actions to combat high gas prices, despite his administration’s generally hostile approach to the oil industry.

“Due to lack of industry interest in leasing in the area, the Department will not move forward with the proposed Cook Inlet OCS oil and gas lease sale 258,” a DOI spokesperson told FOX Business in a statement Thursday.

“The Department also will not move forward with lease sales 259 and 261 in the Gulf of Mexico region, as a result of delays due to factors including conflicting court rulings that impacted work on these proposed lease sales,” the spokesperson added.

The spokesperson also told FOX Business that “there are 10.9 million acres of offshore federal waters already under lease to industry,” and “of those, the industry is not producing on more than three-quarters (75.7% or 8.26 million acres).”

Federal law requires DOI to stick to a five-year leasing plan for auctioning offshore leases. The department had until the end fo the current five-year plan – due to expire on June 30 – to complete the sales.

A source familiar with the Cook Inlet lease confirmed to FOX Business that the DOI received no comments indicating specific company interest in leasing during the scoping period.

Within his first week in office, President Biden signed an executive order temporarily suspending new oil and gas leases on federal lands. The administration resumed the new leasing last month following court challenges against the ban. The administration is appealing a ruling in which Judge James Cain, a Trump appointee, struck down the ban.

The Washington, D.C., District Court invalidated another Gulf of Mexico lease, lease 257, in January. The administration is not appealing the ruling, though it affects a separate lease from the ones the DOI spokesperson mentioned Wednesday.

Steve Milloy, a former Trump-Pence EPA transition member and founder of JunkScience.com, traced these lease cancelations back to President Biden in remarks to FOX Business Wednesday.

“In Alaska, the problem was that the greens scared off virtually everyone,” Milloy said. “It’s expensive to explore and drill, and the greens made it pretty clear, they were going to make it even more difficult.”

When former President Trump opened Alaska’s Arctic National Wildlife Refuge for drilling, the lease sale attracted only three bidders, including the state of Alaska itself. Environmental activists have opposed ANWR drilling for decades, and Milloy suggested that pressure from climate activists scared oil companies away. That sale also took place in early 2021, amid the COVID-19 economic recession and when Biden – who had campaigned on restricting the oil industry – was about to become president.

“I blame Biden for all lack of production. He has scared away investment,” Milloy told FOX Business. “I don’t trust him in court defending leasing,” he added, suggesting that the president will find “any excuse to not drill. They even tried to use the social cost of carbon decision to stop leasing.”

“Unfortunately, this is becoming a pattern – the administration talks about the need for more supply and acts to restrict it,” Frank Macchiarola, senior vice president of policy, economics and regulatory affairs at the American Petroleum Institute, told FOX Business in a statement Thursday. “As geopolitical volatility and global energy prices continue to rise, we again urge the administration to end the uncertainty and immediately act on a new five-year program for federal offshore leasing.”

Average gas prices in the U.S. have reached new record-highs in recent days, according to AAA’s gas price calculator. The national average cost of a regular gas of gasoline hit $4.374 on Tuesday, a new record, and $4.404 on Wednesday, another record.

The prices come as the European Union edges toward oil sanctions on Russia amid the Kremlin’s invasion of Ukraine. It also comes amid record-high inflation, with the consumer price index reaching 8.3% in April, hovering near March’s 40-year high.

The White House has blamed Russian President Vladimir Putin for the record-high gas prices in the U.S., even coining the surge as the “#PutinPriceHike” and vowing that President Biden will do everything he can to shield Americans from “pain at the pump.”

Biden, last month, announced that the Environmental Protection Agency will allow the sale of E15 gasoline – gasoline that uses a 15% ethanol blend – across the country this summer. Biden has also moved to release 1 million barrels of oil per day from the Strategic Petroleum Reserve for the next 6 months. The president is also calling on Congress to make companies pay fees on idled oil wells and non-producing acres of federal lands, aiming to incentivize new production.

As Becky Mitchell, back left, and of the Colorado Water Conservation Board, and U.S. Rep Diana DeGette, D-Colo., look on, Interior Secretary Deb Haaland speaks during a news conference after Haaland’s visit to talk about federal solutions to ease the (AP Photo/David Zalubowski / Associated Press)

Critics have blamed Biden for a “supply problem” in the market.

While the DOI acknowledged the lease cancelations, it celebrated the winners of a Carolina Long Bay offshore wind energy auction Wednesday.

GET FOX BUSINESS ON THE GO BY CLICKING HERE

“The Biden-Harris administration is moving forward at the pace and scale required to help achieve the President’s goals to make offshore wind energy a reality for the United States,” DOI Secretary Deb Haaland said in a statement. “Together with an all-of-government approach, we can combat the effects of climate change while creating good-paying union jobs that can benefit underserved communities.”

Thu May 12 , 2022
— Recommendations are independently chosen by Reviewed’s editors. Purchases you […] 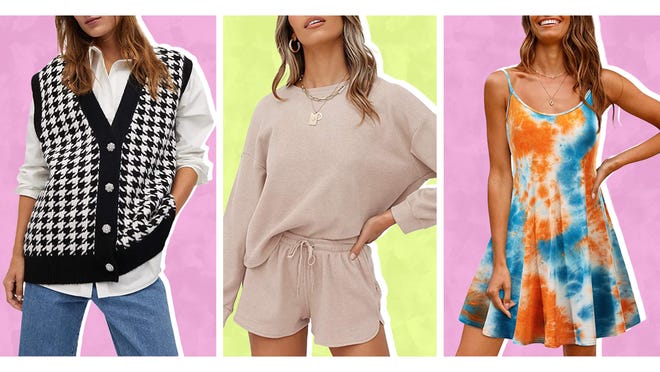